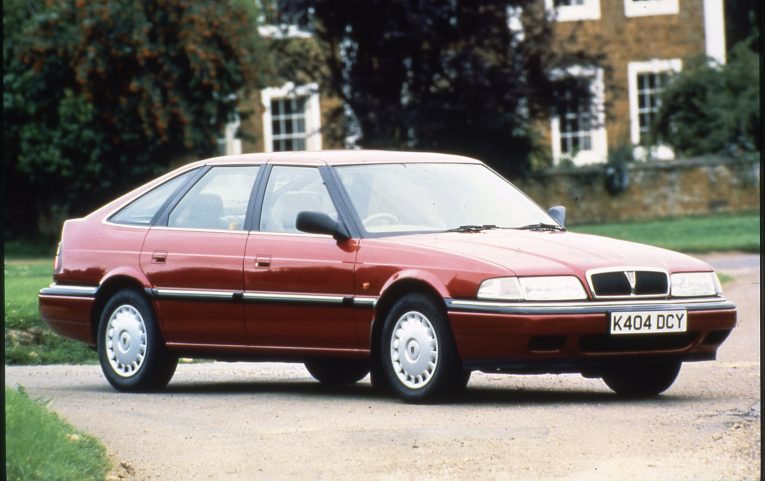 The last Rover 820 my Dad owned was the first (and only) Mk 2’s that he bought. It was a lovely car to drive, like the rest of the Rover’s were. And it was a fairly reliable car as well. Body work was good, the interior was good, the engine was good. Everything was good with this 820Si. It was also a lovely shade of green.

The first issue though was that it started to produce a rattle from underneath. This turned out to be a catalytic converter. The cat itself wasn’t damaged on the outside, as sometimes the heat shields can corrode and break off and rattle. The rattle was from inside, and was caused by the petrol protest in 2000.

In 2000, for those of you who don’t have a good memory or just simply forgot about it, protesters blocked petrol facilities. This meant deliveries couldn’t be made, and forecourts across the country started to dry up. At the time there were 3 fuels available to the public. Unleaded, Diesel, and 4-Start/Lead Replacement Petrol. Most of the cars on the road at this time were unleaded, and we all know you can’t run an unleaded car on diesel. But you can run one on lead replacement!

Except, you can’t. Well you can, if the petrol car DOESN’T have a catalytic converter. If it does have a cat it’ll still run, but eventually the converter starts to break down because the additives in the lead replacement react with the minerals inside it. So you end up with a duff catalytic converter. People, for 8 days, were desperate and couldn’t give a damn about the damage. They just needed the petrol. So many a car was sold after the protest with these ticking time bombs underneath them. And this Rover was one of them.

Roll on 3 years, the strangest mechanical issues started to plague this Rover 820. It started, oddly enough, when we were in the car and we were doing 40mph when the engine just died. The engine, electrics, everything. Kaput. The car started again, only to do the same thing under 5 minutes later. We went round a roundabout, and the engine died. The engine died standing at the traffic lights. Eventually, the car would start, then die.

All of this is from memory, so excuse the vagueness of this next bit. Under the bonnet of the Rover 820Si, to the right hand side of the bay on the bulkhead was a black box. Inside that sealed black box were four relays. When the engine started these would switch on, but one would start fluttering and then turn off. If you took a bit of cardboard and stuffed it in the relay, it would stop it flicking off and the engine would still work. But you would have to remove the bit of cardboard when the car wasn’t on as there was a good risk of it causing a fire. Plus, the relay wasn’t broken. Something else in the electrical system was causing it to flick off.

Dad had a friend of his look at it, and the RAC, and none of them could really work out what was causing the issue. He needed the car at the time, so the only sensible thing he could do was sell the car on or part exchange it. So one Saturday we got in the car and drove it to the place Dad bought it from in the first place. Twice it conked out, but the third time was a peach. We turned on to the forecourt where the engine cut out. In front of their little office with the 3 salesmen outside of it. Dad didn’t turn the engine on again, just let the car roll down the little bit of a slope and parked it up.

This place had about 12 cars on the forecourt, but the way things were Dad wasn’t going home with the Rover. He was getting a car no matter what. He ended up with a Ford Focus 1.8 Ghia saloon. The Rover was taken as part-exchange. I remember part of the conversation, with this total gobshite of a salesman. “And this Rover’s in good condition yeah?” he asked. “Of course. You saw me drive in with it didn’t you? And what did you think of it then?” my Dad replied back to him. “Yeah, it sounded really good”. Remember the car was just rolling on the tarmac, the engine wasn’t running.

For whatever reason, Dad had to go back to the dealer about two weeks later. I think it was either for a service or an MOT. When we got there the Rover was parked up on the other side of the forecourt without any for sale sign on it. The very same dealer who said the Rover sounded good, got hold of my Dad and asked him how do you start this Rover 820.

“You put the key in the ignition and turn it, and it starts?” my Dad said back to him. “We’ve had every motor electrician and mechanic in Birmingham at this car and no one can work out why it won’t start for longer than a minute.” he snapped back at my Dad with. My Dad shrugged his shoulders at him and reminded him that he saw the car drive in, and that’s about as much as my Dad knew about the car.

Until about 3 months later. I was at home when there was a knock at the door and this bloke was at the door, and Dad’s old Rover 820 parked in front of the house. He had come round asking for the code for the radio, which was in the handbook which was kept in the house for some odd reason. I gave it to him, and spoke to him about the car. Well, more the fact that the last time we saw the car it wouldn’t start. The chap showed me the engine bay, and that black box I mentioned earlier was still there albeit taped up. The only noticeable thing I saw was a little rubber switch thing next to the bonnet latch.

Who knows what the cause was. I saw the car a few times after that, I think the last time being 4 years ago. At that time though it had seen a new boot lid (it was a fastback). And at the time of writing I can’t remember what the registration is so I’m not even sure if it’s still on the road. But I’d like to think it’s still going strong, the best of the 3 Rover 820’s my Dad had. Maybe it’ll find its way back to me. Or maybe the wife will have had her way and it’s rusting in a yard somewhere far away. 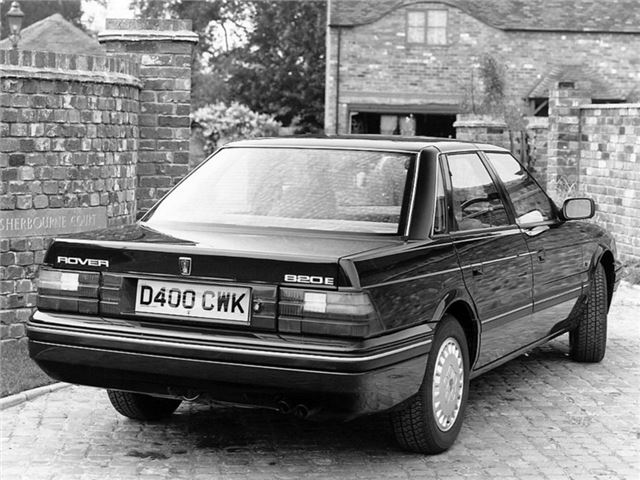 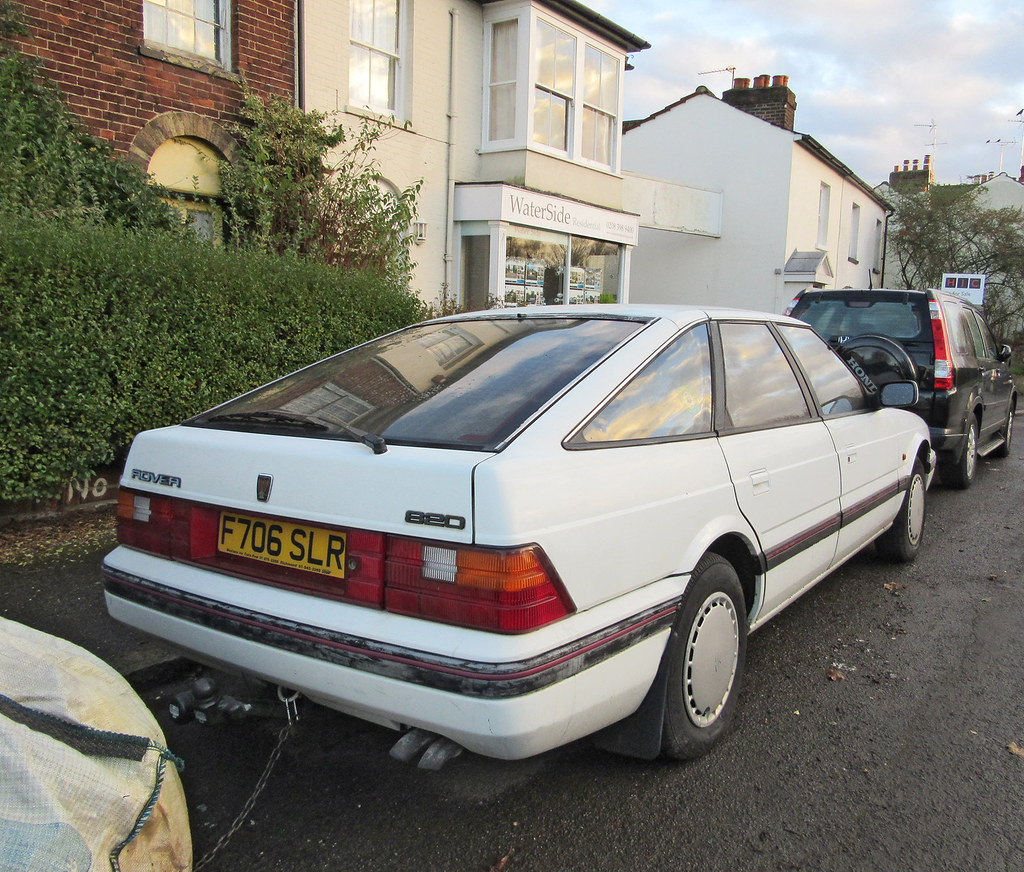