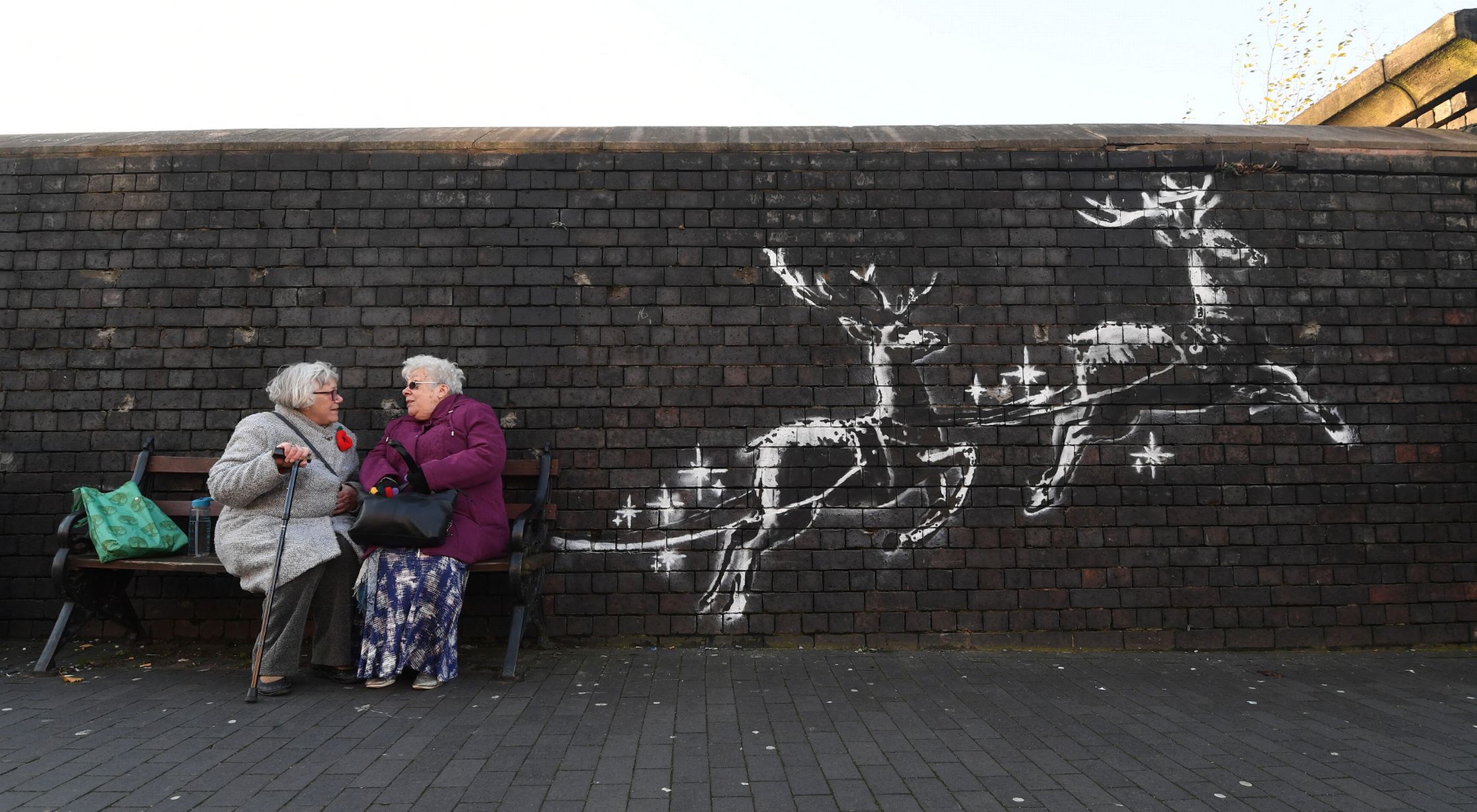 Christmas is upon us, and as with every other year all we hear about is Rudolf pulling Santa’s sleigh. You’d be forgiven if you thought that it was just a two man show come Christmas Eve. Rudolf upfront pulling along jolly old Saint Nicholas Claus. Both of them delivering merriment and joy to the children and adults who should know better the world over. However, this is just more fake news diluting the truth about how Christmas is delivered every year.

The truth is that it’s not just Rudolf pulling Santa and his sleigh full of presents. Rudolf’s role is more of a navigator. Rudolf suffers from rosacea. Due to that medical condition it makes his nose really bright. This helps Santa and the rest of the reindeers can see where they’re going. In this day and age of GPS, Rudolf isn’t really needed anymore. But because of his condition, and the fact that Rudolf has some dirt on Santa in regards to him and Mrs.Claus’ sister, Santa keeps him at the head of the sleigh. Plus, to keep him quiet, Santa’s PR team do their best to promote Rudolf over the rest of the reindeers.

Dasher, Dancer, Prancer, Vixen, Comet, Cupid, Donder and Blitzen. These are the 8 reindeer that actually do the heavy lifting of Santa and his sleigh. It’s a shame that these 8 reindeer don’t get the credit they deserve. They’ve led incredible lives outside of the one night of the year they do their best to deliver all of the presents to kids around the world. A task not made easy by having to put up with Rudolf’s gases floating downwind to them, and hearing Santa’s bluetooth speakers reading out sweet nothings sent to him by Mrs.Claus’ sister.

Sure, there is the song whereby we’re told that these 8 reindeer bullied Rudolf. We’ve grown up disliking them, and hence rallied behind Rudolf. But the truth is that Rudolf was the one doing the bullying – to Santa.

The story goes that the day before Christmas Eve, the Reindeer had flown in to the North Pole from their various locations and their day jobs. Blitzen, for example, is the founder and owner of Bilstein shock absorbers so uses Christmas Eve as a holiday from the pressures of business. Donder is also the inventor of the donner kebab, but he was worried that Donder kebab didn’t sound quite right and named it after his girlfriend of the time. Comet’s effectively retired since his retail chain of Comet stores ceased trading in 2012. Cupid now runs a highly successful dating agency, while Dasher, Dancer, Prancer and Vixen freelance between various jobs.

Rudolf though had always been a bit of a rebel. He was often drunk, which exacerbated his rosacea. He was especially drunk around Christmas, due to not being able to hold down a full time job because of his drinking. Santa, fair play to him, gave him numerous chances. But the previous year Rudolf had lead the sleigh in the wrong direction, so some kids in Tuvalu got their presents the day before Christmas Eve, while some kids in China didn’t get theirs until Boxing Day.

It’s said that this particular Christmas was the last chance for Rudolf. The reindeer had enough of his unprofessionalism, and Santa couldn’t risk another debacle like the previous year. Being Santa is a stressful job, and this particular Christmas had saw Santa’s marriage become incredibly strained. Mrs.Claus had her own issues that she was working through, Santa was the same. But they didn’t talk about their problems, and one evening Santa found himself unloading his issues on to Mrs Claus’ sister. One thing led to another, and Santa found that a bottle of Black Tower and a hot sister-in-law make for uncomfortable bed fellows.

It was while Santa and Mrs.Claus’ sister were in bed together, that Rudolf was looking for a toilet as his bladder was full of whiskey. He stumbled, by all accounts, in to the bedroom and saw Mrs.Claus’s sister rummaging through Santa’s sack. While Rudolf may have been useless at direction and holding his drink, he wasn’t slow and knew he would keep his job that year.

Rudolf told Santa and Mrs.Claus’ sister that he’d keep their dirty little secret quiet for as long as Santa made him number 1 reindeer. This meant that he was effectively telling Santa that for as much as anyone on the outside could see, it was a joint effort between Rudolf and Santa.

There were words exchanged between the three of them, but what could Santa do? His marriage would be ruined, his livelihood would be destroyed, and for what? He thought it’d be easier to do what Rudolf said and keep him happy. He also thought the other reindeer would understand.

They didn’t though, and kicked off. They didn’t want to work with such an unreliable reindeer like Rudolf. It’s at this point it’s said that Santa broke down in tears and came clean to the 8 reindeer. He had no choice in the matter. It’s said that Rudolf came in with a bottle of Jamesons, and started belittling Santa in front of the 8 reindeer. Prancer, apparently, has a bit of a temper on him and promptly kicked Rudolf in the nose, breaking it in two places. Vixen intervened at this point, and calmed the situation down.

She negotiated a deal with everyone concerned. Rudolf would become number 1 reindeer, but he would have to stop his drinking. In return for this, Rudolf would not speak a word to anyone about Santa’s affair with his sister-in-law. And Santa would have to break it off with Mrs.Claus’ sister. Rudolf, while nursing his now pulsing red nose, agreed. And in fairness to him he’s been tee-total ever since.

Santa, though, found it difficult to keep away from Mrs.Claus’ sister. It’s said that the sister moved to Bethlehem shortly after this fracas, and the pair haven’t spoken since.

Vlog: A special Christmas message for 2019